For Father's Day, we were hired to play for the brunch guests at Ditchley Cider Works near Kilmarnock. It's an hour and a half away, and we had to start playing at 11 am, so we left at 8:30 in the morning, with breakfast sandwiches and coffee for the road. We had a lot of fun playing for an engaged audience there, and especially chatting with another musician couple who were soon going to be out at a songwriters' retreat of some sort in Nashville, then on to Yellowstone and other places on their bucket list. Color us a little jealous!!

It was a really nice day, albeit on the hot side. We had brought our kayaks intending to paddle after the show, but what we really wanted to do was just jump in the water and not deal with the boats. So that's exactly what we did, and it felt fantastic. There's a little private beach there that we are free to use, and it's perfect. Sand and sun and water, and not another soul in sight.

On our way out, we visited with the pigs that they raise in the woods. There was a mama with multiple piglets, all adorable (including mama herself). I am a conflicted meat-eater, a former vegetarian. But given that I do eat meat, this is how I want to see the animals raised: living a good comfortable life roaming around, not confined in cages. 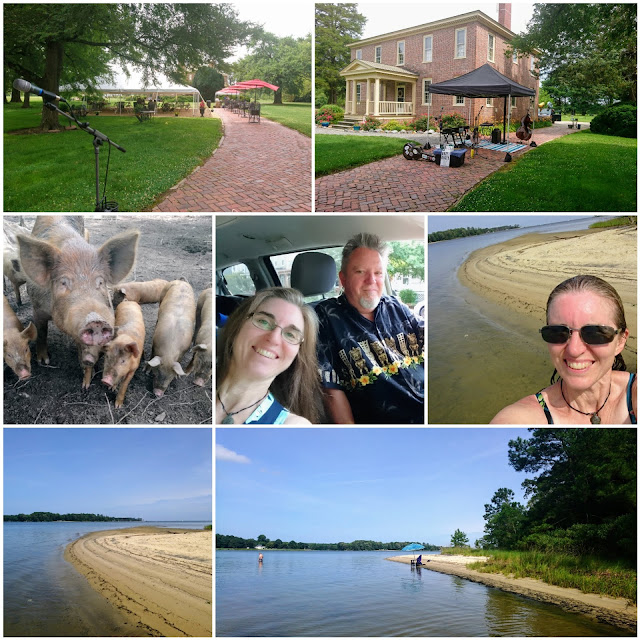 Only a few days later, on Thursday evening we got to play at Lewis Ginter Botanical Garden for the first time, mere minutes away from John's house. This was an installment of their "Flowers after 5" concert series, and some of the evenings, like this one, they also allow people to bring their dogs. They always have two acts, one full band and one smaller acoustic type act. The other band was Dead Letter Officers, dedicated to covering early REM songs. I love REM, and their covers sounded really good. But unfortunately, their sound carried all the way across the property, well into our space, especially during the first set. So that was fairly distracting in between songs and whenever we were doing anything on the quieter side. But we managed to power through that and had a really great time. The weather was PERFECT, a bunch of our friends showed up and lots of other people too, and they were a great audience to play for. We even had a few dancers! 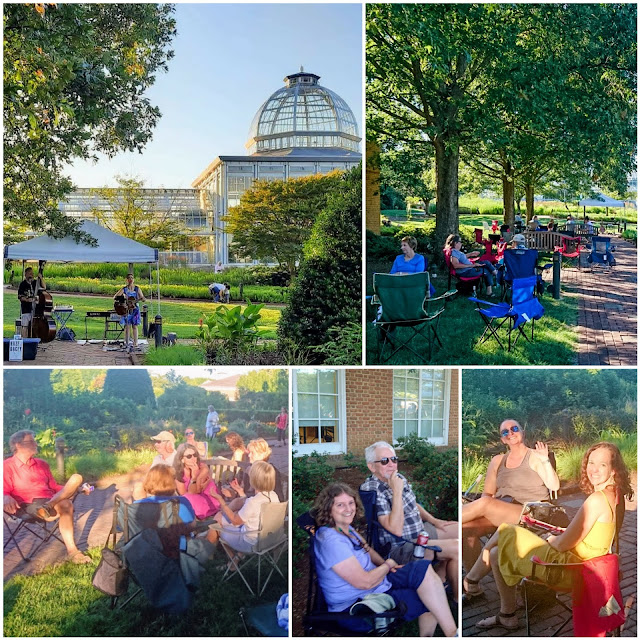