Last summer, I decided to get John a kayak for his birthday, which is in August. What better way to social distance during a pandemic than to get out on the water? But, I guess everyone else had the same idea and was buying the few boats available, while the factories stopped making them. So there was no kayak to be had, except the inflatable kind, which I did not want. John got a Hawaiian shirt for his birthday.

This spring I was looking at kayaks again. I found one that looked good online at REI, and I bought it immediately. John got his birthday gift way early this year. Eager to try it out, for Memorial Day weekend I booked us a camp site at Merchants Millpond, about 2 hours away down in North Carolina. He had never been there before, but I had been on a few occasions by myself, and loved it. I can't think of a place I'd rather paddle.

The weather was looking iffy for the weekend, and we considered postponing the trip, but ultimately decided to stick with the plan. We headed out Friday in the middle of the afternoon. 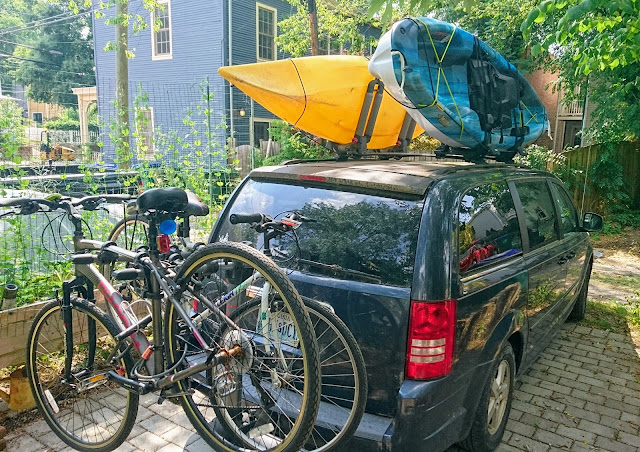 That's John's pristine new blue boat on the right, and my beat-up old yellow one on the left.
North Carolina's state park system really has it down for camping. The tent sites are spacious and set well apart from each other so you get some solitude and privacy. We got ourselves set up nicely. 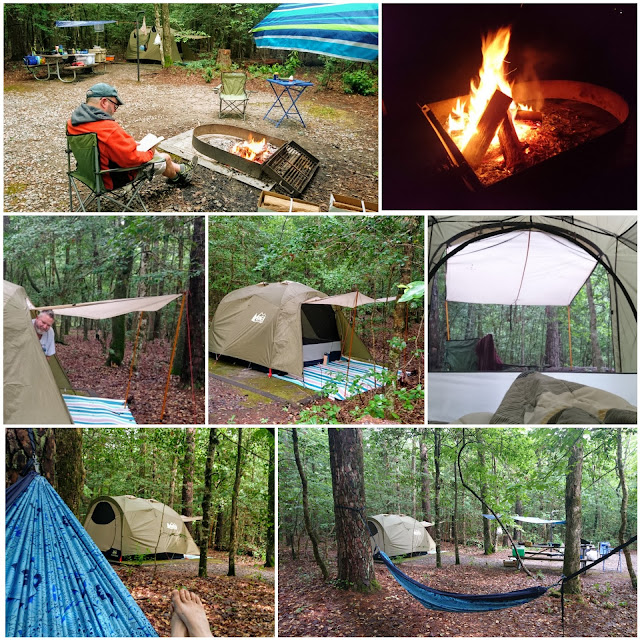 Friday night it was quite hot. We were tempted to minimize fly coverage over the tent and maximize air flow, but there was a lot of rain in the forecast, so we chose to batten down the hatches, which turned out to be the right move. It rained pretty hard overnight, but we stayed dry. Saturday night into Sunday morning, it absolutely DUMPED rain, relentlessly. The tent held fairly well, but some drips did make it in.
On Saturday, the weather cooperated so we were able to take John's boat out on her maiden voyage. He LOVED it; he was very happy with his new kayak, and he said it was the best place he'd ever paddled. And that made me really happy. I wanted him to love this special place as much as I do. Sunday was a complete washout, chilly and rainy, but we able to get out on the water again Monday before we left. The birding by boat was awesome (parulas, prothonotary warblers, yellow-throated warblers, to name just a few great sightings) and there were loads of turtles to see as well. I looked for gators but never saw one. 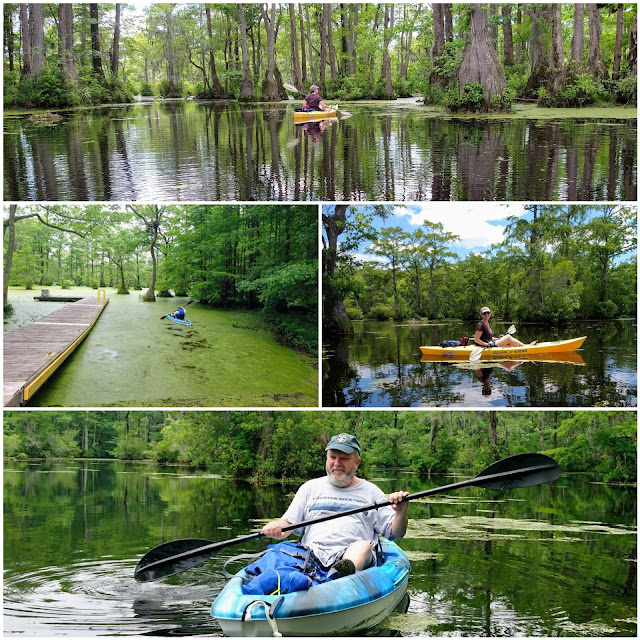 In between paddling and relaxing at the campsite, we walked some trails in the park (highlight: sighting of a pair of barred owls) and a little boardwalk trail in Gatesville, had two indoor meals at a nearby restaurant (first time in over a year!), explored the town of Edenton on our bikes, and checked out the town of Hertford on foot. Hertford is pretty sleepy, but Edenton is a cute town with some low-key activity and a lot of lovely homes. There's also an outdoor gear store that has a little bar and sells beers for 3 or 4 dollars. So of course we browsed the shop and had a beer. 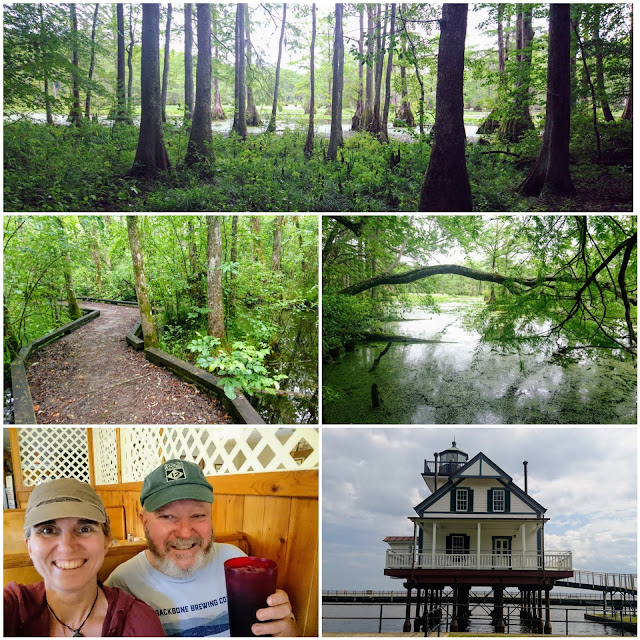