Another gig -free day. I went for a solo run in the cemetery. Kim made us breakfast, then she and I settled into teleworking for the rest of morning. After that there was a major operation to repack the van in such a way that we could transport Jack, Kim's teenaged son, to his grandparents' place on the Cape, where we would be staying the next two nights. We drove through the afternoon, arriving in Truro in the early evening. Kim's parents, Mike and Debbie, were so welcoming and sweet to host us even though their own daughter couldn't be there. They put us up in Kim's room where we were very comfortable. 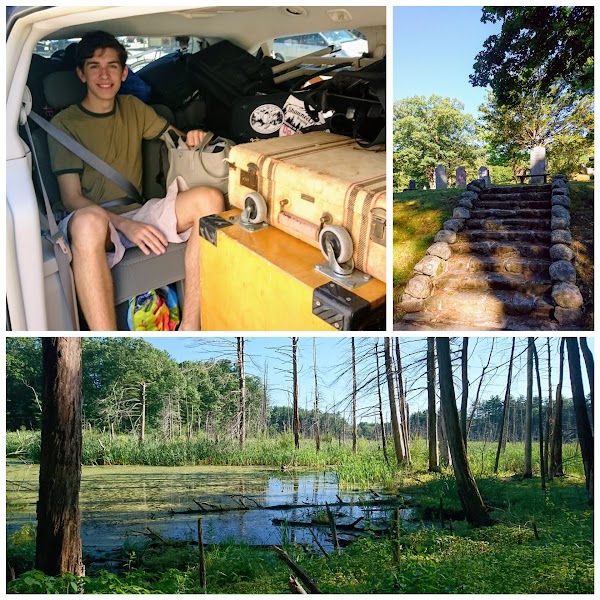