I took a morning bike ride and picked up a few groceries while Dacey snoozed. Then I teleworked until noon. Thankful to have a job where I can do that!

In the afternoon, we had our concert at Woodland Pond, the retirement community where Dacey's dad Jack lives. We had a rough start due to technical difficulties. We had sound-checked and everything seemed fine, but then a few seconds into the first song the sound system cut out. As we frenziedly went about testing all the various connections, it was not helpful in the least when Jack Dacey exclaimed loudly, "Well THAT'S embarassing!!" But anyway, we got things together within a few minutes and rolled on with the concert. As always when we play there, several of the Woodland Pond residents gushed all over us at the end of the show, saying how much they appreciated us.

After the concert, we hung out with Jack in his room for a bit, then went for drinks at Jar'd, followed by dinner nearby at the Parish, both in the Water Street Marketplace. Back at Kim's house, Dacey stayed up late talking with his sister, but I crashed early. 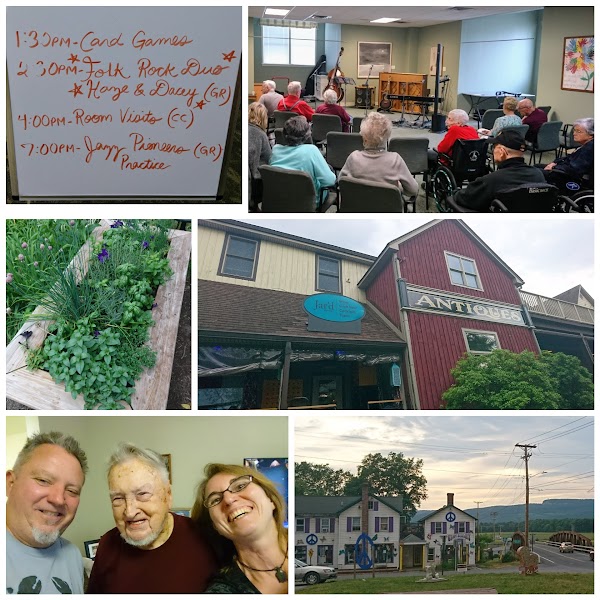