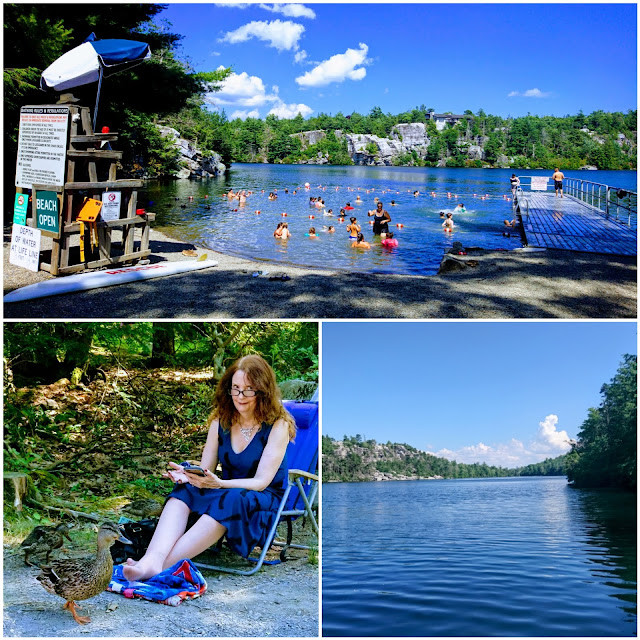 On Tuesday, June 29, we picked up breakfast sandwiches to go, and hit the road from Milford, PA to New Paltz, NY. Before leaving Milford, I snapped a pic of this festival poster on which the designer seemed to have made an unfortunate word truncation choice, but on further reflection (pointed out by one of our Facebook followers) perhaps a clever, intentional choice. 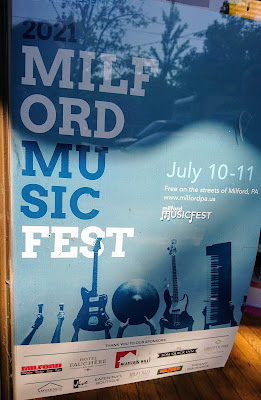 We stayed in New Paltz for two nights, hosted by John's sister and brother-in-law, Kim and Joe, and visiting with John's 94-year-old dad, Jack, at Woodland Pond. The first night we had a cookout at Kim and Joe's, and the second night we ate out at Garvan's. 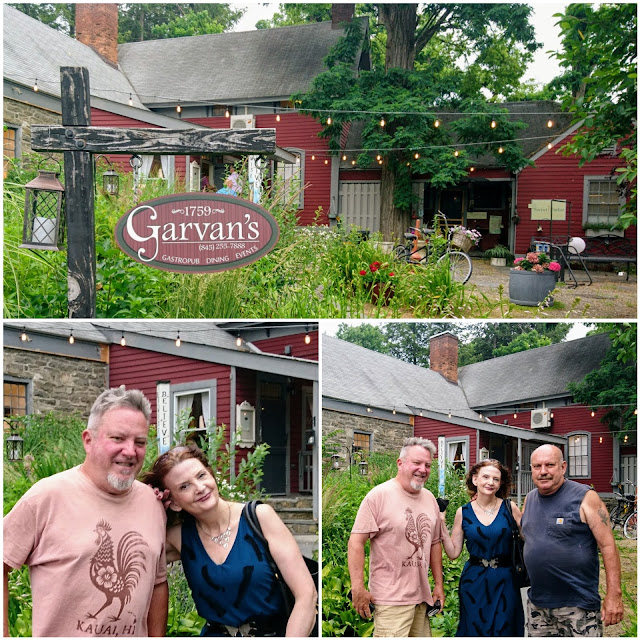 It used to be a tradition to take Jack to Garvan's, but we could not persuade him to go out to dinner with us this time; he said it's too exhausting. He did let us take him out to a diner for brunch one morning, and then we took him to the grocery store to pick up a few things, including a gigantic box of coffee.
On one of our visits with Jack, I played him a few songs on piano. He was not impressed with the song selection, which was quite clear because he has no filter. He wanted Johnny Cash. So the next day I brought in my guitar and we sang "Ring of Fire" for him. He was DEFINITELY into that, clapping along. He was generally in good spirits and seemed exactly the same as last time we saw him. Unfortunately, we forgot to take any pictures with him, even though we reminded each other several times!
New Paltz, like everywhere else, was in the midst of a severe heat wave while we there. So our tradition of biking on the rail trail was out. Kim took us up to Lake Minnewaska so we could swim. It's a rather small swimming area, but the water felt terrific and the setting is lovely. There was a family of ducks wandering around looking for scraps, not remotely concerned by the presence of people.