From my dad's place in Cumberland, ME, we drove to Brattleboro, VT. John had planned this segment of the trip because he wanted to see one of his favorite bands, NRBQ, in concert at the Stone Church. In the early evening, we checked into the Black Mountain Inn on the outskirts of town. There are several things to like about this motel: spacious room, comfy bed, small but inviting outdoor pool (which we did not get to use due to the weather), and of course the fact that it is not camping in the rain. But my favorite thing was the fish. When you first walk into the lobby, there's a little fish "pond" on the left, and the goldfish are actually friendly. They swim toward you and come to the surface. One fish even let me pet it! Seriously! Then as you get closer to the reception desk, there's a fish tank with other sorts of fish, some very large. One of the staff saw me watching the fish and told me the biggest one was something like 35-40 years old!

Anyway enough about the fish. After checking in, we met up with friends Jan and Scott at the Whetstone Station brewery. Jan is an old friend of John's from high school, and we connected with her and Scott two summers ago when they came to see us (twice!) on our northeast tour. They came from Massachusetts to see the show with us. We had dinner and drinks at the brewery before heading over to the venue, which literally is an old stone church converted to a music hall. It's a beautiful space, and the show was entertaining. A good time all around! 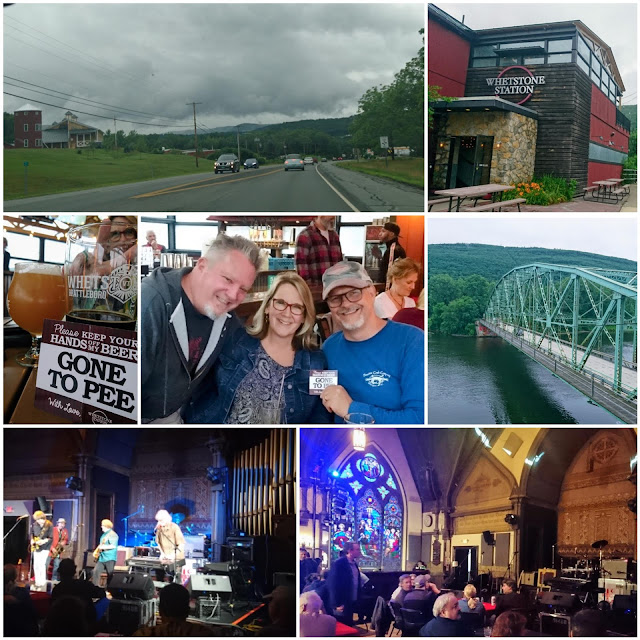 The next morning, I set the agenda. I wanted to visit some of the places from my past. Back in 9th grade, I had spent the school year living with my dad and Grace (newlyweds at the time) while Grace worked on her master's degree at the School for International Training (SIT) in Brattleboro. We lived in a rented cabin somewhere in the middle of nowhere in Guilford, and I attended Brattleboro Union High. The house and location were pretty awesome in many ways, but the heat source was a single wood stove in the middle of the house, and so it was cold as shit in the winter. Also it was far from everything a young teenager unable to drive might want to get to. But I digress.

So after a quick breakfast, we went up to SIT, which was just up the hill from our motel, and wandered around. There was not a soul in sight and it seemed abandoned, although the lawns were still being maintained. Pretty area, in any case. 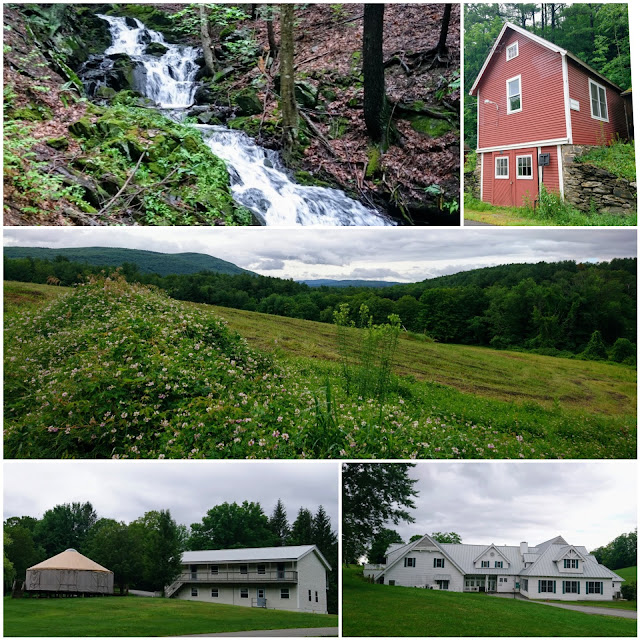 After that we went over to the high school to check it out. Not much noteworthy, and nothing scenic to take pictures of. It was strange being in Brattleboro, resurfacing some vague memories, but really not recognizing the town itself. I don't know if things have changed so much since 1984, or if I just have a terrible memory. I liked the town a lot, this time around. I would visit again.