On the way from Brattleboro, VT to Yorktown Heights, NY to see my godparents, we stopped in Northampton, MA to have lunch with my sister Elizabeth. We had not managed to overlap in our visits with Dad, but at least we were able to share a meal and catch up a little. After that we drove an hour to the Larkin Trail in Connecticut to jump on our bikes. We only had about 20 minutes to spare but we desperately needed some outdoor exercise. This rail trail fit the bill. 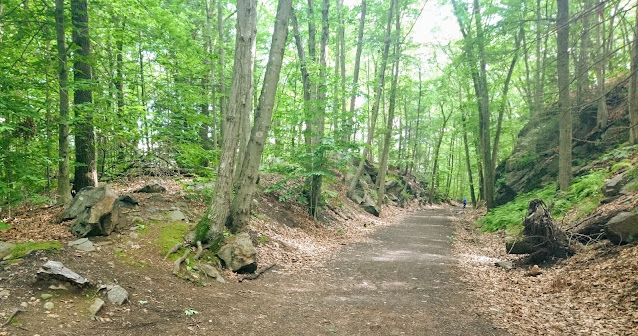 Another hour's drive, and we were at my godparents' place. We admired the landscaping Peter had done around the house, and enjoyed a home-cooked meal made by Diane. After dinner, we went outside and watched the 4th of July fireworks. These were not "official" fireworks, just neighbors in this standard suburban neighborhood lighting up the sky in multiple directions. We had a surprisingly good view! After that we played some game, the name of which I can't recall. It was like a card game, but with tiles instead of cards, and pretty fun.
On Sunday morning we got bagels and snacks and coffee from Peter and Diane, said our good-byes, and, at about 7:30 am, started the long trek back to Richmond. It was mostly smooth sailing early in the day, except for some harrowing moments going through traffic in the Bronx, complicated by the fact that our left rear blinker was no longer working. We stopped off at Bellevue State Park in Wilmington, DE, since it was only a few minutes off the highway, and finally gave our bikes (and us) the workout they (and we) deserved. 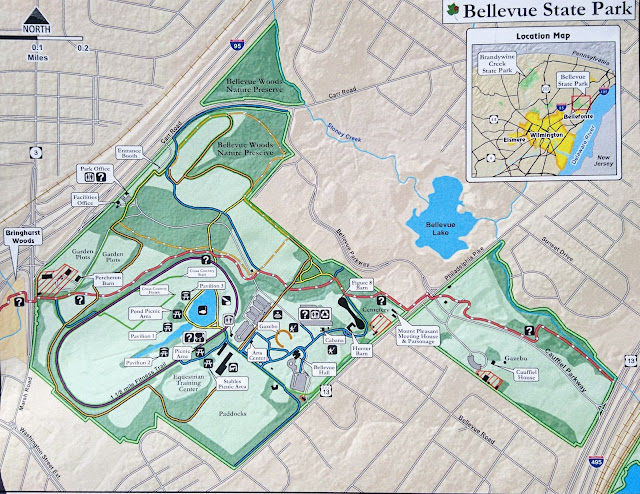 We got lunch at a nearby chicken joint before hitting the highway again. Unfortunately, at this point everyone else was doing the same, heading home from the holiday weekend. It was a long and tedious drive after that. We didn't get to John's house until about 5:30. I returned to my own house a little after that, and found a big (yet tiny) surprise!
When I went out into my backyard, after dark, I found a little kitten, scared, crying, and HUNGRY. She wouldn't let me touch her, but she wolfed down the dish of food I gave her, and then another. She'd hiss if I got too close. But after some gentle coaxing, she did let me pet her a little. I managed to capture her in a cat carrier and brought her inside, and put her in my bathroom with the door closed, separated from my two adult cats. Within minutes after that, she really warmed up to me and purred like crazy, wanting to be petted. The transformation was astounding.

Well, I have a strict two-cat limit in my house, so over the next few days I tried to get several cat-loving friends to take her. They all declined for various reasons. A few days was more than enough for this little girl to win my heart, so I might as well make it official. Meet Cleo! 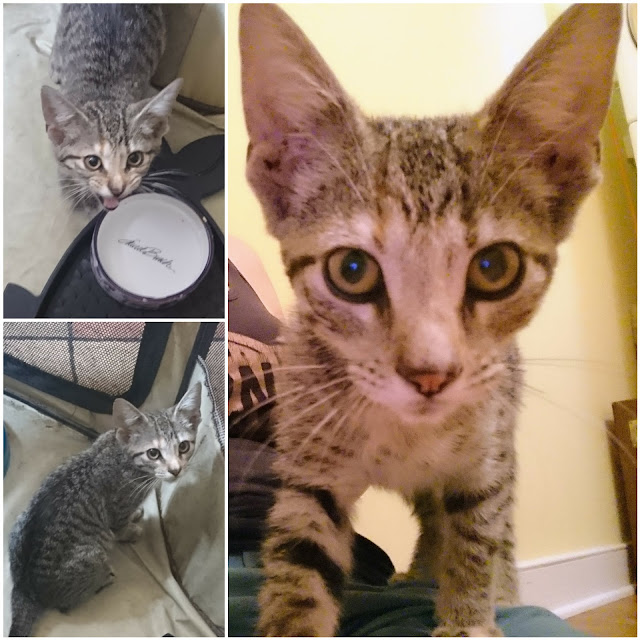 I now have a strict three-cat limit in my house.